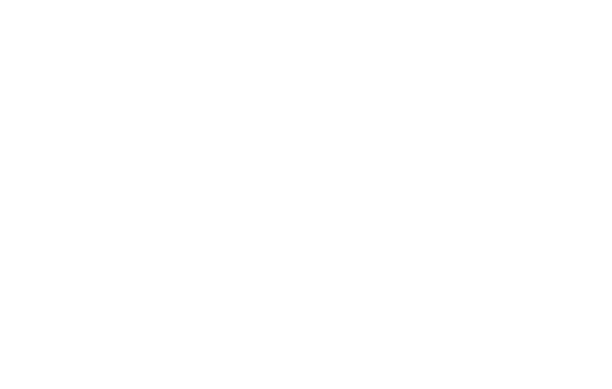 IT ONLY TAKES A MINUTE! 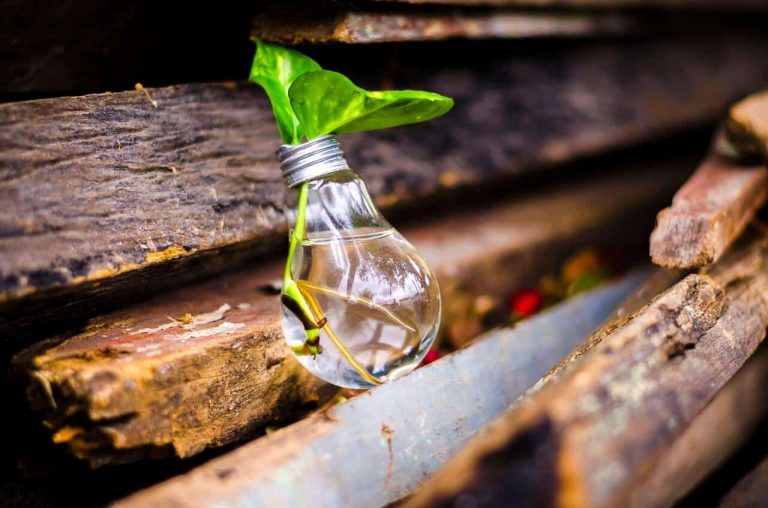 The United Kingdom has been a pioneer in hydropower development, using water for electricity generation since 1879 when the first 4.5 KW hydroelectric generators was put into operation to provide electricity for a single incandescent lamp. Today the UK has a total hydropower installed capacity of over 4,600 MW, including 2,744 MW of pumped storage. The vast majority of installed capacity is located in the wet and mountainous regions of Wales and northwest Scotland

During the first quarter of 2018, Renewable electricity generation was a record 27.9 TWh in 2018 quarter 1, an increase of 10 per cent on the 25.3 TWh recorded one year earlier. Generation from hydro fell by more than a quarter but generation in 2017 quarter 1 had been especially high.

The below table illustrates the trend of the Hydropower in The United Kingdom over the last three years.

Over the past 30 years, the proportion of electricity generated by hydropower has remained around 2% of total power generation. Despite an estimated 2.4 GW of viable hydropower potential in the UK, hydropower expansion is likely to be limited to small-scale applications (up to 5 MW), with the exception of pumped storage projects. The UK currently hosts four pumped storage projects in Scotland and Wales. The largest such project, Dinorwig in

Since 2007, generation from pumped storage has increased on average by 20% compared to a decade earlier. Small-scale hydropower projects, including community-led projects, are being developed across the UK.

Scotland Role in the UK Hydropower

92% of the UK’s power from hydro is generated in Scotland, and the sector continues to retain its importance to the growing economy, both in terms of generating investment into the construction industry. Of the 9.7 GW of installed renewable electricity capacity in Scotland in 2017, 1.65 GW came from hydro. Two of the UK’s four pumped storage hydro facilities are located in Scotland; Cruachan and Foyers. These sites have generating capacity of 8.8GWh (440 MW) and 6.3 GWh (300 MW) respectively, making a significant contribution to the UK’s 24 GWh of pumped storage capacity.

The UK has benefitted from hydropower well over a century. There is currently an installed capacity of 1676 MW, generating over 5885 GWh/year. In addition to this there is around 2800 MW capacity of existing pumped storage

The UK’s energy transition has its foundations in the 2008 Climate Change Act, which is a legally binding commitment by the UK government to reduce total GHG emissions by at least 80% of 1990 levels by 2050. The 2009 National Renewable Energy Action Plan sets an additional target for the UK to achieve 15% of its energy consumption from renewable sources by 2020, compared to only 1.5% in 2005. The plan estimates non-pumped storage hydropower reaching 2,130 MW by 2020.

Hydropower has witnessed significant potential for further development as recent surveys have identified a remaining practical potential for a further 2 GW of capacity. The BHA works very closely with all the regulatory bodies in the UK to ensure best practice is observed and where possible and commercially viable, future development continues

Nevertheless, there is new hydropower projects planned in the UK. The most exciting and ambitious at the time of writing is the ‘Swansea Bay Tidal Lagoon’ project which if completed, would be the first of its kind in the world. Plans are for the lagoon to be constructed off the coast of south Wales and be formed of hydro turbines built into a 9.5km ‘U’ shaped wall. The energy of the changing tides around Swansea would generate electricity as the seawater flows in and out and fills and empties the lagoon as it passes through the turbines. The natural energy of the tides would generate 320 megawatts – enough electricity to power 155,000 homes. This is expected to be in operation by providing 10% of the UK’s total electricity and cut 236,000 tons of CO2 a year. Scotland is the promising candidate to lead the way in growing hydroelectric capacity in the UK. According to Scottish Renewables, in 2016 there were 27 hydropower schemes with planning consent with 14 additional projects under construction. These projects had the potential to power over 42,000 homes in Scotland. In fact, as of April 2018, Scotland has already completed and begun operating the world’s largest ‘tidal stream project’, 2 km off the north coast, named ‘MeyGen’. However, MeyGen has a much smaller 6 megawatts capacity compared to the 320 MW the Swansea Lagoon would be able to produce. For the rest of the UK, the best option for future hydropower growth may be to repurpose a number of existing watermills to generate hydropower. According to the government’s Department for Business, Energy and Industrial Strategy, this could add approximately 1 to 2% of new capacity to Britain’s hydropower generation, which although minimal, would still be of benefit to the UK’s renewable energy supply. 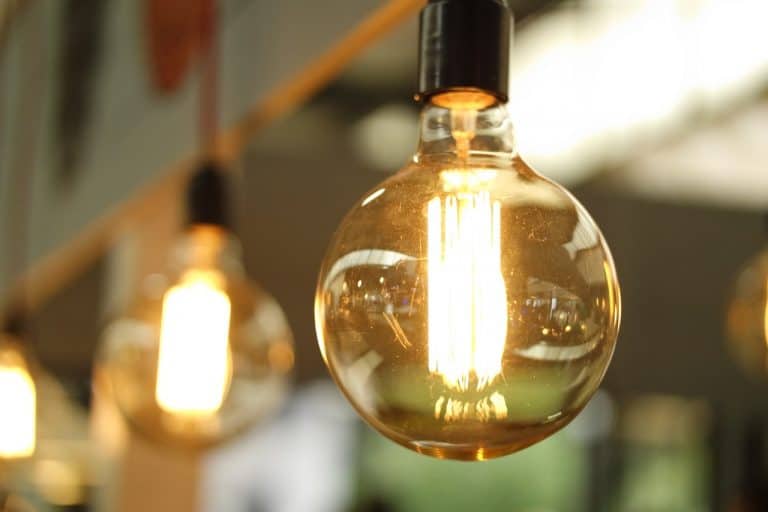 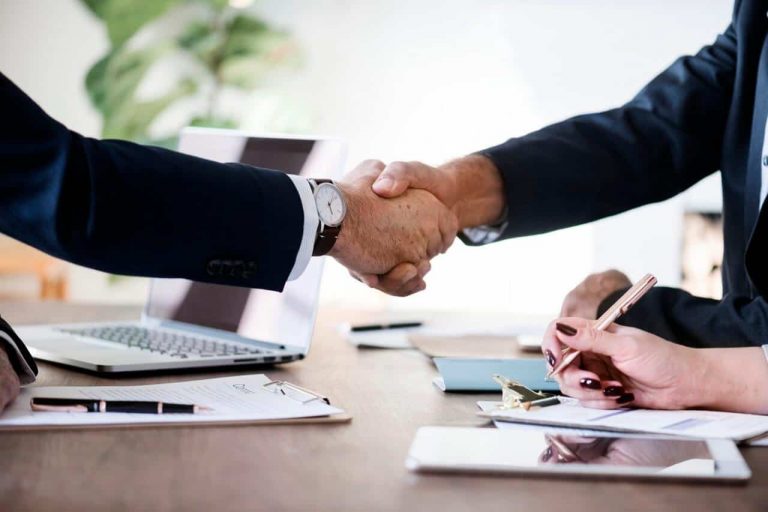 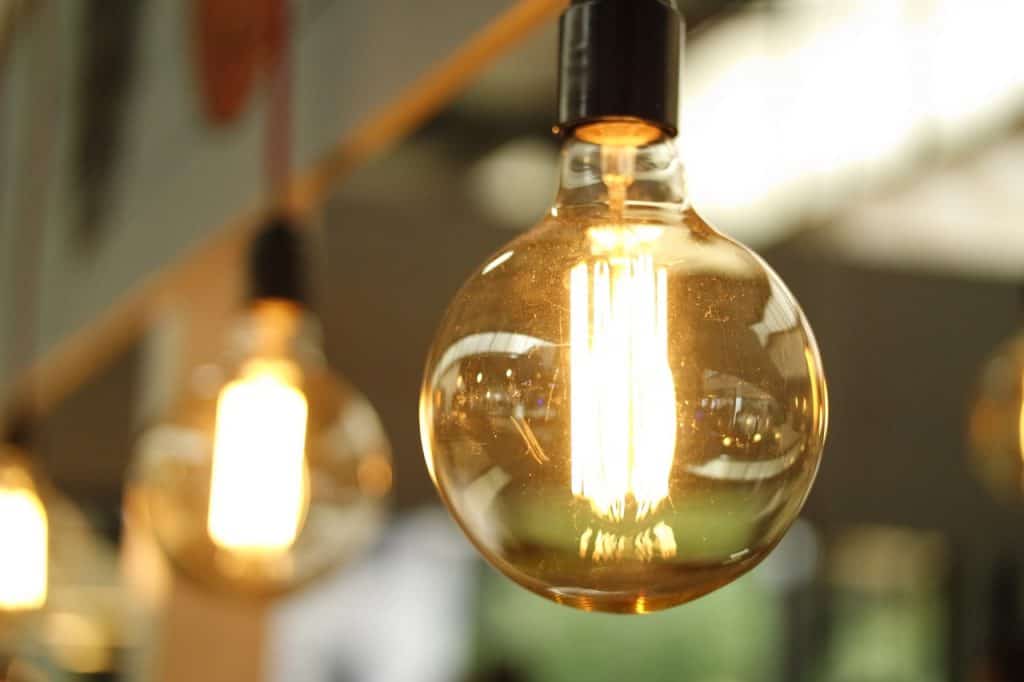 Business, and life, is so incredibly busy these days that so often it feels as if we’re spinning plates just to get through the …

END_OF_DOCUMENT_TOKEN_TO_BE_REPLACED 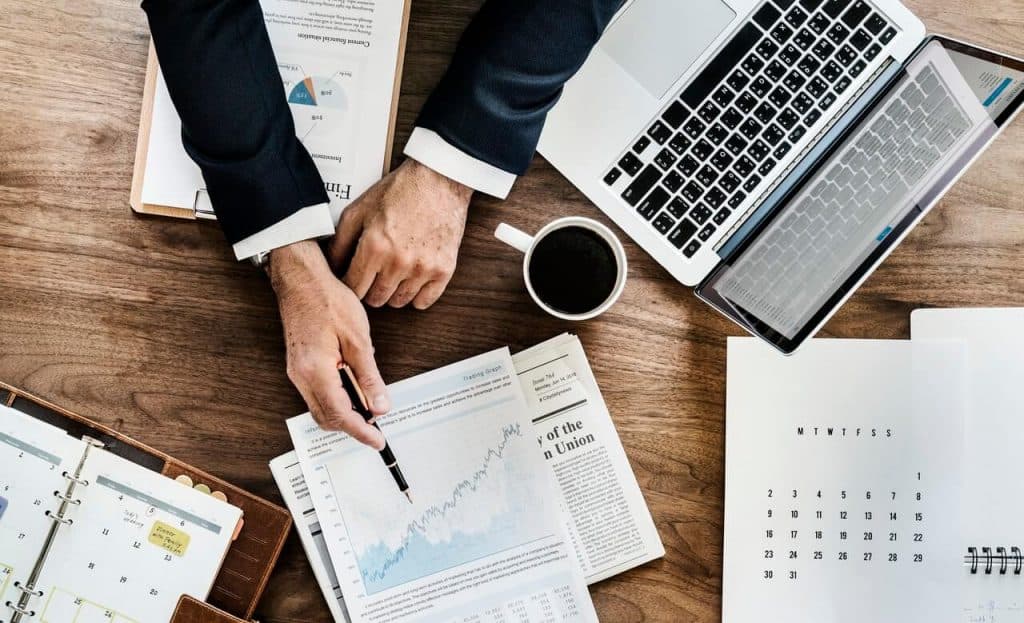 There are over 50 commercial business energy providers within the UK, however the vast majority of businesses still choose one of the big 6. …

END_OF_DOCUMENT_TOKEN_TO_BE_REPLACED

The gas supply for your business can be one of the most expensive utility costs you’re incurring each month. …

END_OF_DOCUMENT_TOKEN_TO_BE_REPLACED 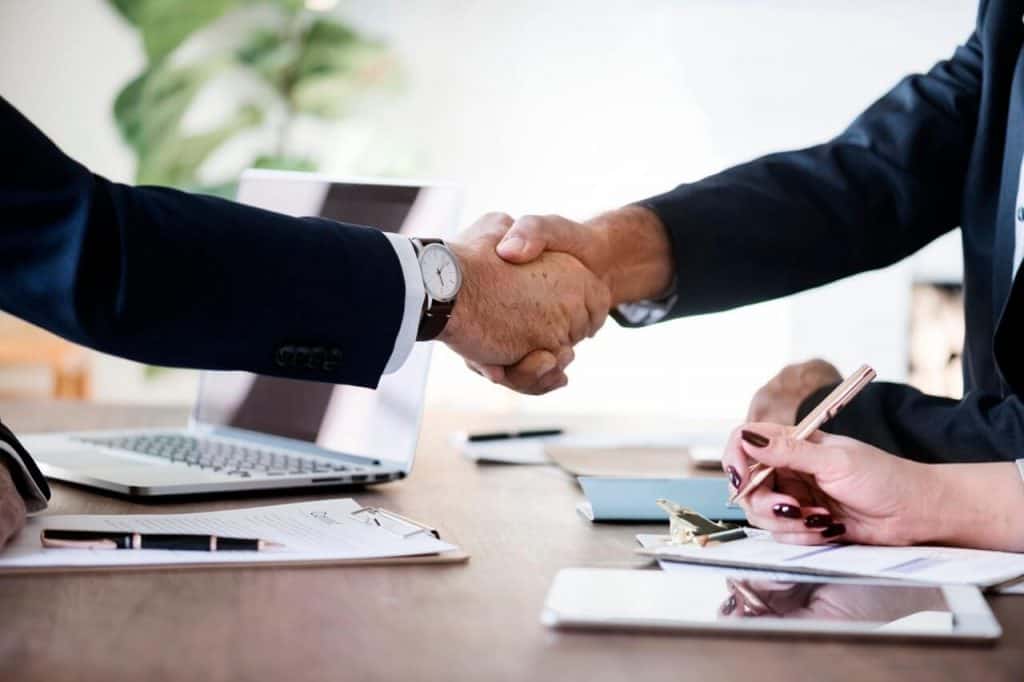 An energy broker, or energy consultant, works with energy suppliers and are often used by businesses in order to find the best and cheapest …

END_OF_DOCUMENT_TOKEN_TO_BE_REPLACED 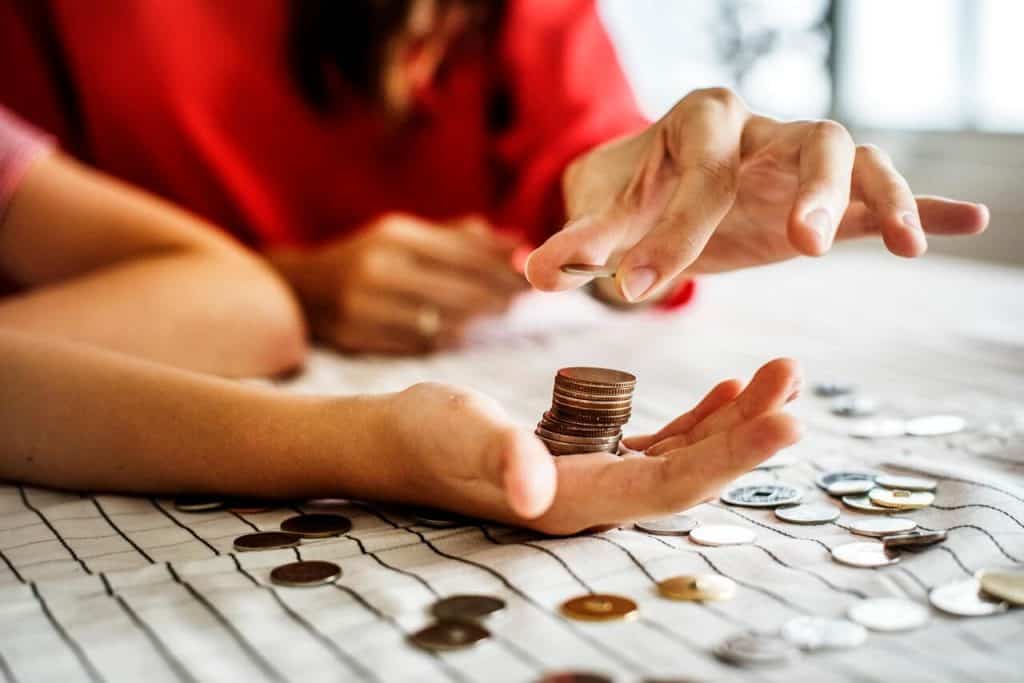 Switching your business energy provider is without a doubt the best method of getting the best deals and cheapest energy quotes.  There are …

The most convenient, accurate and effective way to ensure you get the best deal for your business gas and electricity is to request quotes. …

What Are Half Hourly Meters? A half hourly meter is an automated metering system used by many large businesses as a way to ensure more … 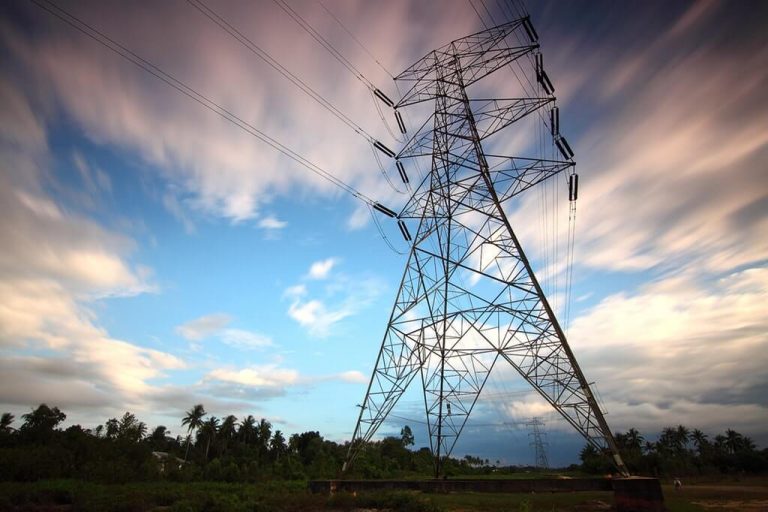 You are likely come across the term ‘standing charge’ when looking for a new energy tariff or prepayment meters plan. … 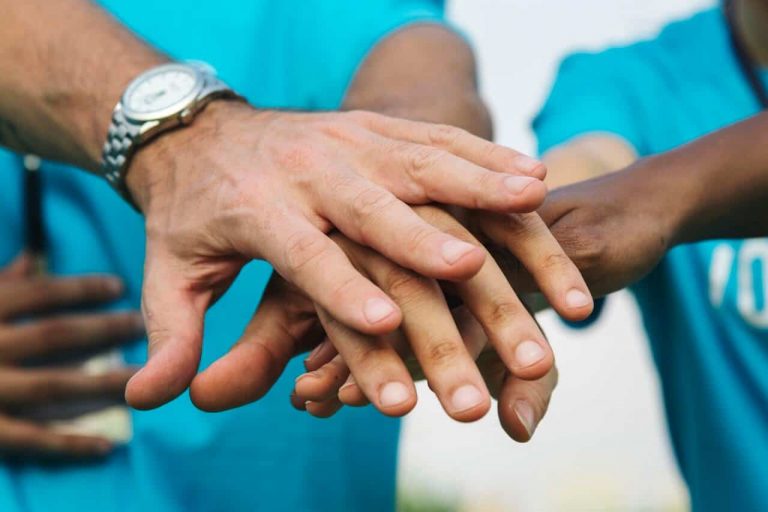 A large number of non-profits, charities and churches in the UK have very high energy bills and this can result in payment struggles. …